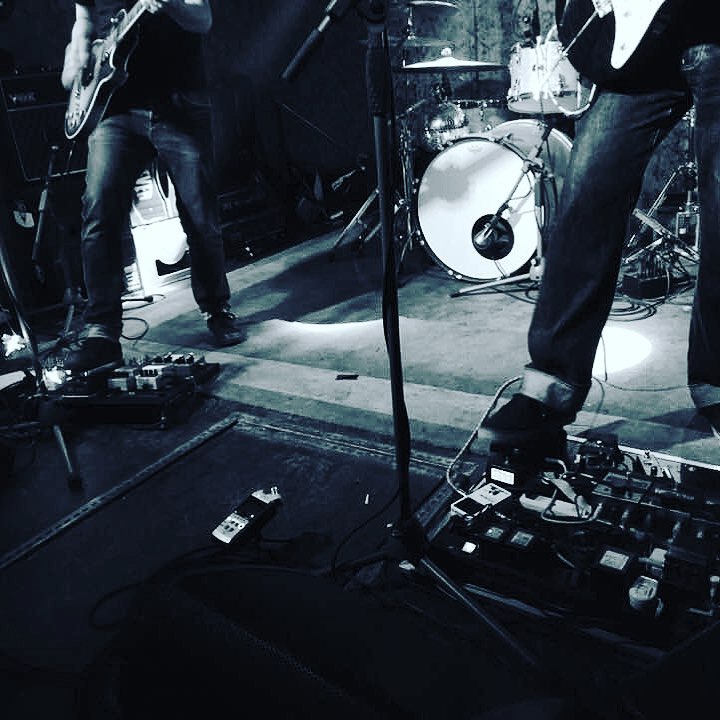 Berlin in the late 80’s/early 90’s: The Garage-Punk-Band SOULD OUT created smashing tunes and played intensive gigs but never made a record. A decade later, in the year 2000, the band GRAND TUNER was found by ex-SOULD OUT members Chrille G. Tuner (drums), SeeDee G. Tuner (guitar/vocals) and Matze G. Tuner (bass). In 2003 FiSch G. Tuner, singer and guitar player from the psychedelic-rock-band JOHNSON NOISE (also on Nasoni Records), joined the band. He is a former SOULD OUT member too and so the idea to record the old songs with a new spirit came true. Now the first record of GRAND TUNER appears on Nasoni Records, featuring these recordings. The bandmembers describe their sound as Stonerpunk with a psychedelic touch and name bands as Wipers, Mudhoney, The Rolling Stones, Jimi Hendrix and Buzzcocks as musical influences. With the help of friends on saxophone, guitar, voice and bluesharp GRAND TUNER made a stunning record, rocking straight ahead and blowing minds.Early Grunge meets 60’s Psychedelic-Punk when GRAND TUNER plays SOULD OUT!